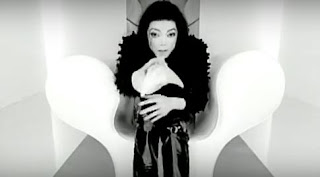 Today the Michael Jackson Estate tweeted, asking what short film was inspired by Maxfield Parish's painting, Daybreak.  If anyone does not know, the short film was You Are Not Alone, from the History album.  But this is not the only short film that references paintings.  Michael's Scream short film references several paintings in the Gallery section of the film.

Note: It is important to remember that Michael was criticized heavily for some of his short films, i.e. Black or White, the History teaser and more.  If reviewers criticized Michael for his short films, then he must be credited for the films as well.  It is in this sense that we see Michael Jackson as auteur.  An auteur is defined as "a filmmaker whose personal influence and artistic control over a movie are so great that the filmmaker is regarded as the author of the movie."  There is no doubt that Michael did indeed have full artistic control of his music and corresponding short films, so we do define him as auteur.

As Michael clicks the remote, the first image that appears is Andy Warhol's self portrait from 1986.  Warhol painted Michael as well, and the painting sold for over a million dollars after Michael's death.  It is the next two paintings however, that are of more interest.

Jackson Pollock was an abstract expressionist painter.  His early paintings used a "drip" technique, where Pollock dripped and threw paint onto huge canvasses.  In 1949, LIFE  Magazine's headline wrote about Pollock and its headline read, Is he the greatest living painter in the United States?  Pollock spent his entire life trying to prove it was true.  Called "Jack the Dripper", many criticized his work as mere drips and flicks on canvas.  Yet, this article  states that Pollock's drip method was "as complex and exquisitely controlled as it seemed crude and haphazard."  We believe that Michael knew all too well how the public could misunderstand artistic methods, and therefore added Pollock's Number 32 (interestingly in black and white) in his short film. (Note:  Pollock's abstract paintings have sold for $100 million as of 2014).
2.  Rene Magritte - Son of Man 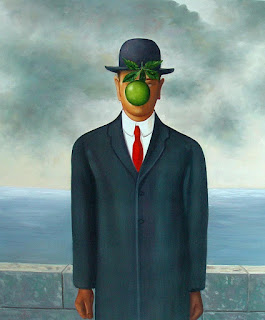 This painting is a self portrait.  As you can see, there is an apple in front of his face (and possibly a reference to "Apple Head"), but there's more to the painting than this.  Surrealism is equated with science fiction and fantasy, because it is disconnected from the real world.  However, the importance is how we interpret them.  This article states that Magritte's art is important because "(h)is images were stories first, paintings second, but the stories were not narratives in the Victorian manner, or slices of life or tableaux of history. They were snapshots of the impossible, rendered in the dullest and most literal way: vignettes of language and reality locked in mutual cancellation. As a master of puzzle painting, Magritte had no equal and, although his influence on the formation of images (and on how people decode them) has been wide, he has had no real successors..."  With the exception of "dull" we believe that Michael may have felt the same way about Magritte that he did about Pollock, in that there is always a misunderstanding of profound, significant art.
What do you think?  Did Michael compare himself to these two painters?  Please leave your comments.
﻿
﻿ 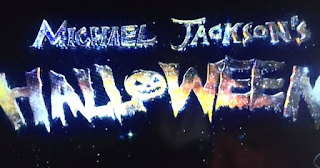 Michael Jackson's Halloween: For Fans Both Old and New